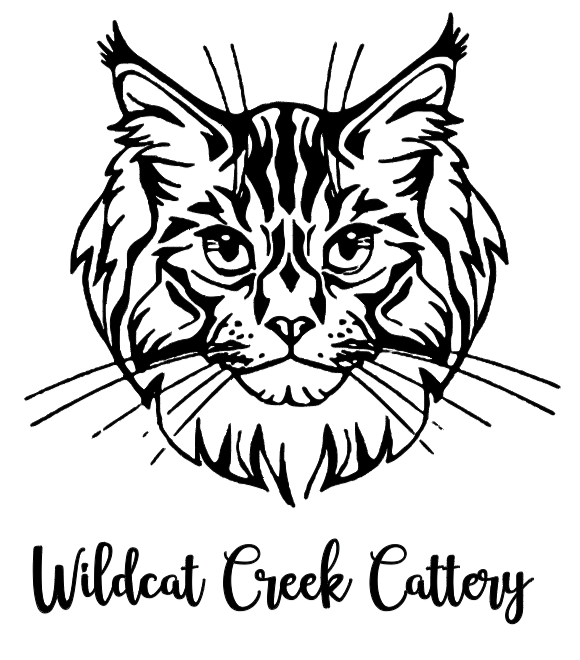 Grain free is not the way to feed your cats

The Truth:
Young Cat “LUTD” Is Rarely Bacterial, and... Lower Urinary Tract Disease Affects Both Sexes Equally Straining in the box, urinating frequently, crying while peeing — these are signs of urinary pain. Feline lower urinary tract discomfort is caused most commonly by abnormal and caustic urine chemistry, which results from elements present in most commercial cat foods. Bacterial bladder infections may present with identical symptoms, but are quite rare in non-Senior cats (and pretty unusual even in Seniors!) No gender difference exists.
​
Most feline urinary lower urinary tract disease is a direct result of both the presence and absence of specific cat food ingredients. Plant ingredients in cat food induce an alkaline urine pH. The absence of sufficient moisture creates a highly concentrated urine. Both alkalinity and high concentration are chemically irritating to the tender tissues of the lower urinary tract.

Dry cat foods lack crucially important moisture. Cats as a species are “thirst-impaired, and will not drink enough to make up for that lack. As a result, a dry-fed cat (even without other disease) will produce highly concentrated urine.
​
Plant material in cat food (such as peas, potatoes, cranberries, etc.) induces alkaline urine. Eating meat induces acidic urine, and so, as you might guess, normal cat urine is mildly acidic.

Healthy cat urine is both acidic and relatively dilute. Cats eating either prey or a meat-based prey-model derive plenty of water from their food. A diet containing sufficient fluid naturally results in a normal, relatively dilute urine.

Crystal formation is the primary cause of urinary obstructions. Urethral obstructions occur most often in male cats, simply because their long, narrow urethra can block up more easily than the female’s short, wide one. This has led to the myth that male cats are more prone to bladder problems. Male cats are indeed far more prone to obstructions, but NOT to infections.

Bladder infections in cats become more common with aging. As older cats develop diseases such as kidney failure or diabetes, their urine becomes abnormally dilute and can support bacterial growth better. This occurs equally in both sexes.

Unless your cat is elderly and has other disease processes, signs of urinary tract pain are almost never due to bladder infections. Giving antibiotics in the absence of a bacterial infection inflicts harm without any balancing benefit.
https://www.uniquelycats.com/myth/item.html/n/43​

The U.S. Food and Drug Administration began an investigation in July 2018 after increased reports of canine dilated cardiomyopathy occurring in dog breeds not typically genetically prone to the disease. Dogs in those reports had been fed pet foods containing peas, lentils, other legume seeds, or potatoes as main ingredients, leading veterinarians, researchers and the FDA to suspect a link between diet and DCM.

During the last decade many pet food manufacturers have included these plant proteins in their formulations. They are cheaper than quality animal protein sources and enabled manufacturers to capitalize on the grain free pet food trend.

Canine DCM is a disease of a dog’s heart muscle and results in inefficiency to pump blood and an enlarged heart. Dogs with heart disease may show signs such as decreased energy, cough, difficulty breathing and episodes of collapse.

In an update from the FDA on June 27, 2019, the agency released initial results of its investigation, but stopped short of declaring a link between DCM and certain pet food ingredients or issuing any pet food recall.

“Based on the data collected and analyzed thus far, the agency believes that the potential association between diet and DCM in dogs is a complex scientific issue that may involve multiple factors,” the agency said.

The majority of reports were submitted after the agency announced its investigation to the public about the potential link between pet food ingredients and DCM in July 2018. The FDA said there were many other reports of non-DCM heart disease and cardiac symptoms in pets submitted during that time, but the agency only included those with a confirmed DCM diagnosis in its report. The true number of cases may be underreported because animals are typically treated symptomatically, and diagnostic testing and treatment can be complex and costly to owners.

Predominant dog breeds developing DCM in those reports were Golden Retrievers, mixed breeds, Labrador Retrievers, Great Danes, Pit Bulls, German Shepherds, Doberman Pinschers and Australian Shepherds. The FDA said the prevalence of reports involving Golden Retrievers was due to breed-specific social media groups and activities that raised awareness of the issue in these communities and urged owners and vets to submit reports to FDA.
“We understand the concern that pet owners have about these reports: the illnesses can be severe, even fatal, and many cases report eating “grain-free” labeled pet food,” the agency said. “The FDA is using a range of science-based investigative tools as it strives to learn more about this emergence of DCM and its potential link to certain diets or ingredients.”

Most of the reports were of dogs fed a dry dog food, but not all. 91% were labeled grain free. 93% contained peas and/or lentils. 42% contained potatoes/sweet potatoes.

Brands and varieties of dog food varied widely. Brands named most frequently in reports submitted to the FDA included Acana (67), Zignature (64), Taste of the Wild (53), 4Health (32), Earthborn Holistic (32), Blue Buffalo (31), Nature’s Domain (29), Fromm (24), Merrick (16), California Natural (15), Natural Balance (15), Orijen (12), Nature’s Variety (11), NutriSource (10), Nutro (10), and Rachael Ray Nutrish (10). These include both grain-free and grain-containing diets in all forms (kibble, canned, raw, home-cooked).
Animal protein sources in the reported diets also varied widely, and many diets contained more than one protein source. The most common animal proteins in the reported diets were chicken, lamb and fish. However, some diets contained novel protein sources such as kangaroo, bison or duck. No one animal protein source was predominant. The common thread appears to be legumes, pulses (seeds of legumes), and/or potatoes as main ingredients in the food.
​
See a list of all reports of dilated cardiomyopathy in dogs and cats reported to the FDA between January 1, 2014 and April 30, 2019.
According to and article published December 2018 in the Journal of the American Veterinary Medical Association entitled “Diet-associated dilated cardiomyopathy in dogs: what do we know?”, in addition to those dogs with DCM completely unrelated to diet, there may be two groups of dogs with diet-associated DCM: dogs with DCM specifically related to taurine deficiency and dogs with DCM associated with separate, but yet unknown, dietary factors. Study authors recommended that if DCM is diagnosed in a dog that is eating a boutique brand pet food, vegetarian, vegan, or home-prepared diet, veterinarians should measure plasma and whole blood taurine concentrations. Authors also recommended that all other dogs in the household that are eating the same diet be screened for DCM. Read the FDA’s updated information for veterinarians.
https://www.seviernewsmessenger.com/2019/06/29/pet-foods-dcm-heart-disease-dogs-cats/

Dilated Cardiomyopathy
DCM is an acquired type of heart disease, which means a patient is born with a normal heart, but develops heart disease later in life. The word “dilated” indicates that one or more of the four chambers of the heart are abnormally enlarged. The word “cardiomyopathy” indicates an abnormality of the heart muscle.  In DCM, the heart enlarges and the walls of the heart become thin, resulting in a heart muscle incapable of pumping blood forward as strongly as it should. In addition, the electrical conduction system in the heart is often affected, sometimes resulting in life-threatening arrhythmias (abnormalities in cardiac rhythm). If left untreated, DCM can result in the development of congestive heart failure (fluid in the lungs, around the lungs, and in the belly) or sudden death.

Your Pet’s Diet
Cooperation between veterinary cardiologists, nutritionists, and the USFDA has confirmed that the increase in canine and feline DCM is linked to grain-free diets. The dogs and cats affected are often being fed boutique diets that contain exotic meats and are grain-free. On the ingredient list, the first 5 items listed are often non-traditional proteins (anything other than chicken or beef), potatoes or sweet potatoes, and legumes such as lentils or peas. Over twenty food brands have been identified, including home-cooked meals. While a small number of patients may require grain-free diets for management of chronic illness, most dogs and cats are being fed these diets as the result of heavy marketing and the misconception that grains cause illness.

While the link between DCM and grain-free diets has been confirmed, the exact cause is still under investigation.  These diets may be deficient in an amino acid called taurine, or the components of the diet may not allow for appropriate taurine metabolism.  This is of concern, as taurine is necessary not only for cardiac health, but also normal eye and brain function.  Taurine levels in many patients are very low; however, only some patients improve with taurine supplementation.  Other theories include a thus far unidentified toxin or lack of other essential nutrients.

Steps to Take
Many patients that develop diet-related DCM experience an initial period during which there are no outward signs of disease. This period may last for months or even years. Although symptoms are absent, cardiac testing performed during this time may reveal heart enlargement, pumping dysfunction, or the presence of arrhythmias. In moderate to severe disease, symptoms may include lethargy, exercise intolerance, coughing, labored breathing, and shortness of breath.
​
The initial tests utilized to diagnose diet-related DCM include chest x-rays and an echocardiogram (an ultrasound of the heart). This allows the cardiologist to assess the heart and determine if your pet’s diet is affecting cardiac performance.  Next, blood work can be submitted to evaluate whether or not your pet is taurine deficient. From here, the best course of action and any necessary medications can be assessed to alleviate your pet’s symptoms. At home, begin to reconsider your pet’s diet. If your dog or cat does not have a specific medical reason for being on an alternative diet, then switching to a well-researched, quality controlled diet may be indicated.  Diet change should always be discussed with your pet’s primary care provider.  Your pet may be prescribed taurine supplementation; taurine supplement can be purchased over-the-counter, but dosing should be discussed with your veterinarian. In patients with confirmed diet-related DCM and/or taurine deficiency, cardiac follow-up is often required long-term.  While some patients do improve with diet change, taurine supplement, and cardiac medications, others experience progressive disease.
https://www.mspca.org/angell_services/linking-diet-to-dilated-cardiomyopathy-dcm/

What brands do you suggest?

Both my regular vet and reproductive vet says Royal Canin, Hill's Science Diet, and Purina are the best and most regulated. It's even a good idea to mix different brands to help complete your cats diet.